Dettingen/Erms (Germany), September 6th, 2022  +++ EKPO Fuel Cell Technologies GmbH (EKPO) is significantly expanding its activities in China. For this, the company will initially invest a volume in mid-single-digit million euro at its site in Suzhou. Humphrey Chen, Board Member of the now established Chinese subsidiary of EKPO, attended an official ceremony in the presence of numerous government representatives to seal a joint declaration between EKPO and the local government (SND). The signed agreement outlines EKPO’s planned investments and SND's supporting subsidies. This agreement furthers EKPO’s involvement in the local Hydrogen ecosystem, after the establishment of the Chinese subsidiary EKPO China also in Suzhou, formally completed in legal terms in June.

"China is a key future market for EKPO. Our market-leading stack technology offers high-performance products and makes a decisive contribution to sustainable mobility in the world's largest automotive market," says Dr. Gernot Stellberger, EKPO's managing director responsible for strategic issues. "The establishment of EKPO China at the Suzhou site provides EKPO with an excellent basis to further tap the potential of the Chinese fuel cell market. This is the logical next step in establishing local value creation in fuel cell technology in China. The goal is to manufacture the first stacks in Suzhou before the end of this year."

The investments in Suzhou and the establishment of EKPO Chinese subsidiary are key to serve the Chinese market and create a base for fuel cell technology in Asia. This production capacity complements the installation of a fuel cell test bench at the beginning of the year, in materializing EKPO's ambitions in China, against the background of very positive feedback from several successful fuel cell projects with local customers. 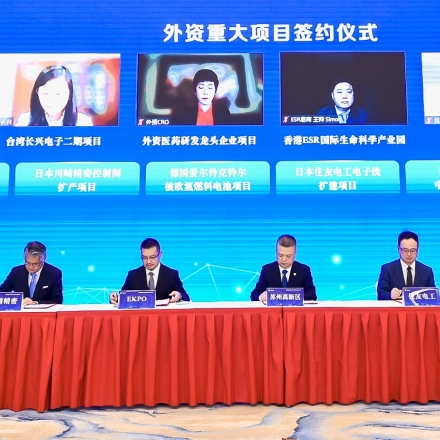