Cars and drive systems –
which way are we heading? 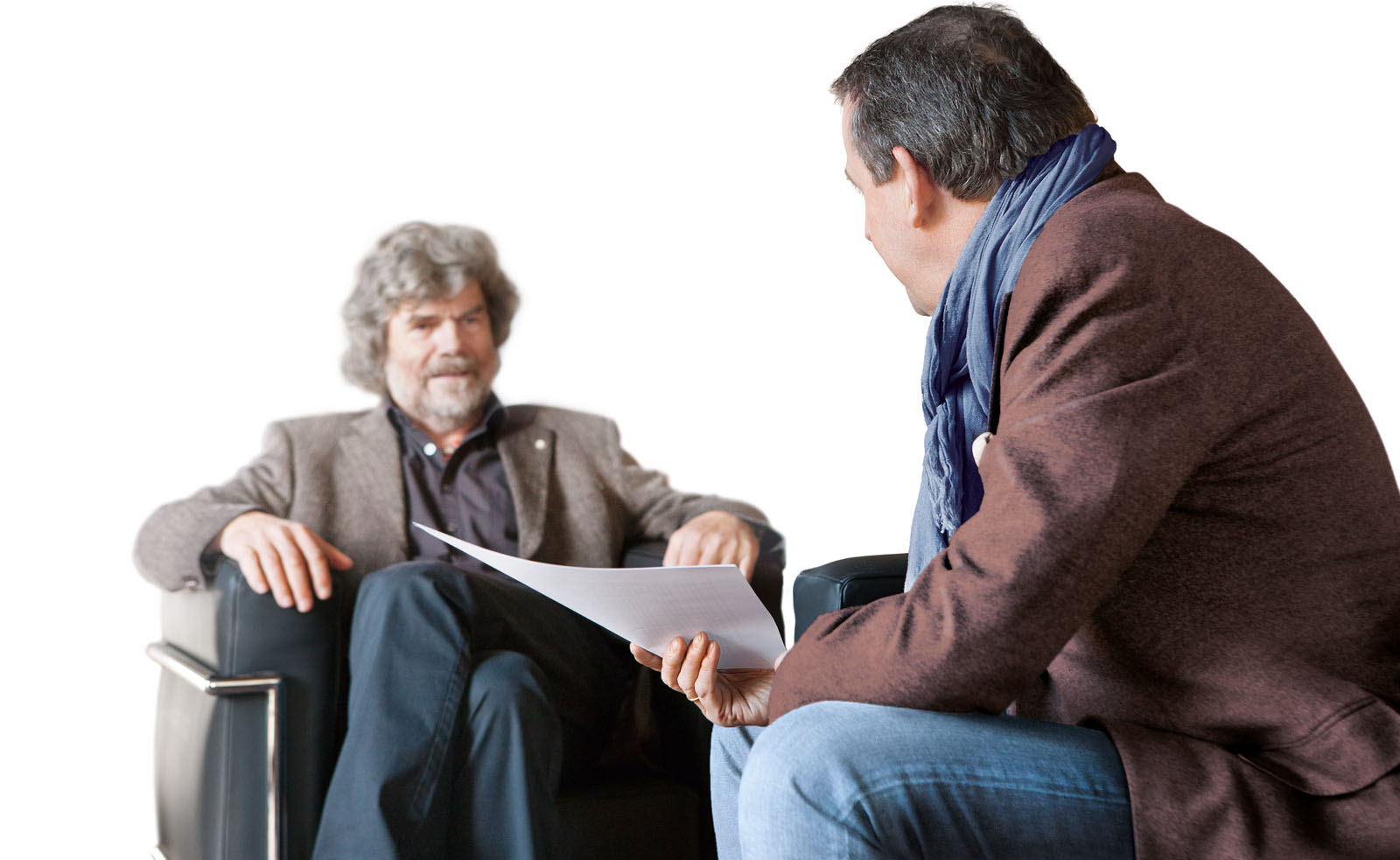 WOLF — Mr. Messner, you have done more than most people when it comes to protecting our mountains and promoting eco-friendly mobility. How do you travel from Bozen to Innsbruck?

MESSNER — By car. I drive a hybrid, which combines a conventional combustion engine with an electric drive, so its fuel consumption is relatively low. Hybrids are too heavy for the mountains, though. You need a lot of oomph to get up those tougher inclines, so you lose the benefit in terms of consumption. The technology works fine in urban conditions. It just isn’t the right solution for the Alps.

WOLF — We have grown accustomed to unlimited mobility, and it’s the car outside the house that makes it possible. Having said that, it’s becoming increasingly expensive to get from A to B. Looking ahead, perhaps we will have to accept certain limits.

MESSNER — We Europeans need to stay mobile. Otherwise we will become detached from the rest of the world. Mobility is a fundamental aspect of our social and economic system. We are a mobile society. That’s part of our tradition and even our culture. The challenge is to decide what kind of mobility we want.

WOLF — As automotive supplier, our job is to help safeguard that mobility for the future.

MESSNER — We need to make some big structural changes. Over the next ten years, I think the focus will be on improvements to the existing drive system. Engines that used per kilometer fifteen years ago now only use five, and we still have a long way to go in this area. Efforts to reduce consumption have been very successful and help environment in better shape.

“At the moment, nobody can predict with certainty which drive system we will be using in twenty years’ time. As supplier, however, we can’t afford to miss the train – whichever direction it goes in.”

WOLF — That’s true, and of course we should remember that lighter vehicles consume less fuel and therefore produce less CO2. The question is, though, what will the world look like thirty years from now? Which drive system will we be using?

MESSNER — I don’t think we will make a decisive breakthrough until the extraction of fossil fuels becomes even more expensive. Fifty years ago, people spent 50% of their income on food. Now it’s just 12%. By contrast, the amount we spend on energy is exorbitant.

WOLF — We need alternatives – and not just for niche vehicles. That means we need to start laying the technological foundations now. As supplier, we invest a huge amount in this area. After all, suppliers account for 75% of a car’s entire value chain.

MESSNER — There will have to be new mobility solutions. It just isn’t yet clear whether the new drive technology for most of us will be fuel cells or batteries or biofuels. I don’t mean biofuels from food, of course. I am not comfortable with that approach. I’d rather not have to predict which technology will come out on top in the end. 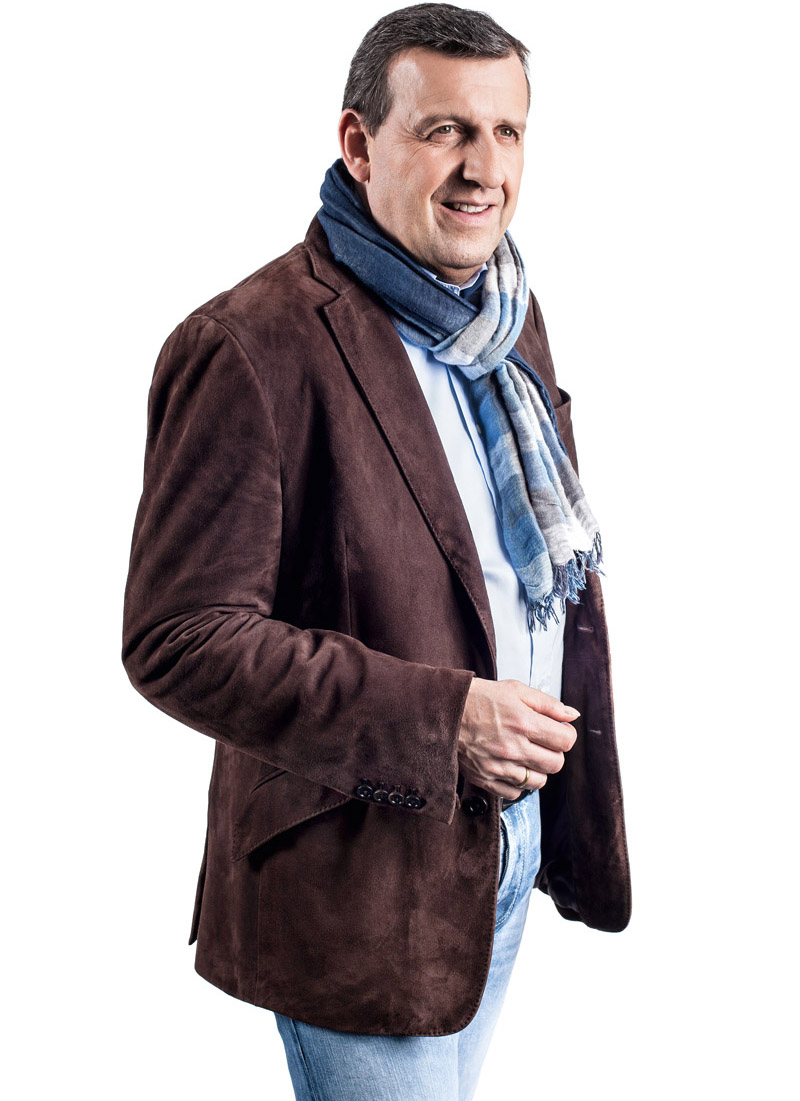 WOLF — I think hydrogen-based fuel cells are an excellent solution because they generate energy “on board,” rather than from an external source like with battery-driven cars, where you have to go to great lengths to store the energy on board. That undermines the overall energy balance.

MESSNER — Personally, I’m convinced that biology will deliver a solution in the long term. Microbes can be used to produce fuel in the form of biogas from rotting waste or sewage plants, although that would still generate a lot of CO2.

WOLF — Hydrogen-based fuel cells have good prospects, too. The advantage in this area is that you can produce hydrogen from water through hydrolysis. And of course, there is no shortage of water. In my view, that would be the right technology, although it could take a while. At the moment, most of the hydrogen used to power fuel cells is reformed from fossil fuels.

MESSNER — If we combine it with hydrogen generated electrically from the wind and sun, fuel cell technology can also be used for domestic purposes – for heating and household appliances. That would be an efficient and environmentally friendly solution.

WOLF — Whereas that's much easier in stationary applications than in vehicles. For example, we are developing fuel cell stacks for combined heat and power plants that generate electricity and recycle the heat that is produced, rather than wasting it. Do you think the automotive industry is already doing enough to deliver new mobility systems for the future? At ElringKlinger, we have developed new products both in the areas of fuel cell and battery technology. On a five-year horizon, that would make no sense at all financially because of all the up-front costs. Ultimately, however, we are positioning ourselves for the future.

MESSNER — I think the automotive industry is investing heavily in alternatives. Everyone knows we can’t go on the same way, but as long as there is still potential to reduce costs and consumption by optimizing like downsizing the combustion engine without changing the entire infrastructure and system, and while it is still so expensive to make cars with fuel cells and batteries, it will be difficult for these new technologies to break through. As niche applications, yes, but not for the broader market. They still cost too much for this to happen.

WOLF — It’s important to remember that any alternative drive technology or method of generating energy involves creating a whole new infrastructure, and that would have a major impact on our living environment. If the next twenty years bring us more and more vehicles powered by fuel cells and battery technology, this means more wind turbines and huge solar parks encroaching onto green spaces. So, yes, we would have green energy, but we risk destroying much of the landscape that we value.

“Mobility is neither good nor bad. In today’s society it is simply a necessity”

MESSNER — I’m afraid people often take a selfish attitude here. Everyone wants alternative forms of energy, but if that means running a power cable in sight of their house or building a solar park in front of their garden, then it’s a different matter. We need to find a sensible compromise depending on the local situation. I have to say I would be against wind turbines, too, in my village, if it meant tourists were less likely to come and visit. Having said that, a wind turbine can be a landmark, too. It just depends where it is located.

WOLF — Ultimately, these are countryside planning issues, and we have to make sure protection is given where it’s needed.

MESSNER — Covering the countryside in solar parks isn’t just ugly. It’s the wrong approach for social reasons, too, because we need that land to produce food. And with the population increasing all the time on our little planet, we’ll need it even more in the future. Visitors come to South Tyrol, for example, to see its beautiful countryside rather than a landscape spoilt by wind turbines or solar parks. Tourism is like selling oil. Both generate income. But I have to do something for it: I have to preserve that unique landscape in order to make sure it goes on attracting visitors a hundred years from now. It’s different with oil. Once it is sold, that’s it.

WOLF — How do you see things developing in Asia and other fast-growing emerging markets? Incomes are rising for more and more people, and they look at the car as a status symbol. At the moment, only 37 out of every thousand Chinese drive a car. At present, nearly 18 million new vehicles are being registered every year.

MESSNER — Mass motoring will come in these countries. There is no way of stopping it. The proportion of car ownership may not reach the same level as here, but then, over a billion people live in China. Of course, that will have an impact on the environment, too, and environmental awareness is by no means as well-established in all the emerging countries as it is in Germany and South Tyrol, for example. The cars people buy in China are mostly new and relatively clean. In other emerging markets, however, there are still lots of dirty two-stroke engines around with the resulting impact on air quality. Take Nepal, for example.

WOLF — Countries like India and China will not want to miss out on the development of individual mobility that we have seen here in Europe.

MESSNER — You’re right, they won’t. In China, people want cars as a status symbol or as a way of being mobile. Having your own car quickly becomes part of the whole sense of freedom.

WOLF — So, cars need to be cleaner and produce less CO2 and particulates.

MESSNER — That’s right. At present, though, the environmental debate is largely being framed by politicians and the media. As yet, ordinary people see it differently. It’s obvious. Sales of hybrid and pure electric vehicles are way below expectations because people are simply not prepared to pay 5,000 or 10,000 euros more for an alternative drive. They are waiting for alternative drive systems to be as affordable as normal cars.

WOLF — There has been a major change in the role of the car in Europe – especially among young people. They don’t see it as a status symbol any more but primarily as a means of transport. Do young people have a different take on mobility and will their attitudes towards mobility be different in the future, particularly with greater environmental awareness in mind?

MESSNER — In my generation, we bought our first car at the age of twenty. Our society has enjoyed fifty years of care-free driving. Even in our towns and cities, the car has been right there in front of our house. My kids don’t want that any more. They are much more aware of environmental and resource issues. Many people now live in major conurbations, and they walk or cycle to work or use public transportation. Car-sharing has become fashionable, or you can simply hire a car for a few days when you really need one. Nevertheless, mobility is still a basic desire.

WOLF — If you were to buy a new car in the next three to five years, what would it be?

MESSNER — If there is a car with an effective and reliable fuel cell drive, I’ll try that. That’s been my dream for a long time. The fact that I haven’t got one is basically because there isn’t yet a fuel cell car on the market. I remember one manufacturer back in 1995 promising that we would all be driving around in fuel cell vehicles within five years, yet, here we are in 2013 and it still hasn’t happened. It’s a highly complex technology. Having said that, I think there is some hope that it will be with us before too much longer. Until then, I’d go for a car with an optimized combustion engine and proven technology. Apart from that, I’d take the train for longer journeys and would fly if I’m traveling outside Europe.